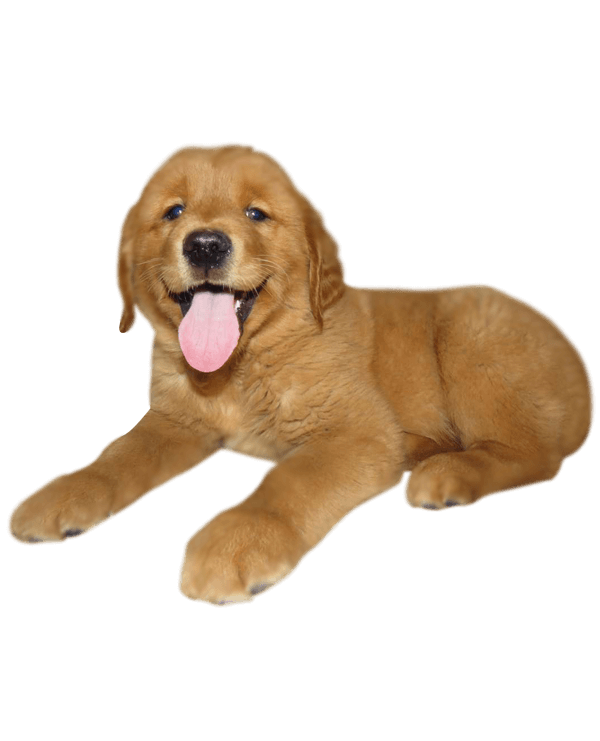 Golden Retrievers are a well-known, well-loved breed because of their calm demeanor, contagious smile, loving personality, playful energy, and keen intelligence. Their beauty and agility are greatly admired.

They are great companion dogs, hunting dogs, and family pets. Friendly to all, they know no strangers. You can’t depend on them to be guard dogs, their bark is more welcoming than defensive.

The Golden Retriever’s docile nature, intelligent mind, and ‘eager to please’ personality makes them easy to train. They are excellent guide dogs for visually impaired people, drug or bomb sniffers, water rescue/lifesaving dogs, and search and rescue dogs in earthquakes and other natural disasters.

Males are 23 to 24 inches tall and weigh 65 to 75 pounds. Females are generally 21.5 to 22.5 inches tall and 55 to 65 pounds. Golden Retrievers usually reach their full height by one year of age, and their mature weight by two.

Give a Golden two brisk walks each day, play a few games of fetch, take him out for a good run once a week, or take him out for a swim (Golden Retrievers love water), and he is adaptable to almost any lifestyle. A tired Golden is a well-behaved Golden.

There are varying opinions on pros and cons of owning an American Retriever versus an English Retriever. While statistics show that American Retrievers are more cancer prone, it also depends on their bloodline’s health history.

The question, “Which breed is better?” is answered in the eye of the beholder. Some prefer the beautiful blocky build, and lustrous cream coat of the English Retriever, while others prefer the more athletic build, and rich, dark coat of the American Retriever. Many websites will laud the one breed, and bash the other. There are strong biases on either side, and every one is entitled to his own opinion.

In the end, a Golden is a Golden. Both the English and American Retrievers have beautiful, expressive eyes, friendly smiles, and a fun loving, yet loyal spirit. We own and love both.

Wildfowl hunting was a popular sport for the wealthy Scottish, but the dogs of that time were incapable of reliably retrieving downed game from both water and land. The hunting grounds were pocketed with marshy ponds and rivers, making it necessary for the dog to be proficient at land and water retrieving.

Gun manufacturing made decided improvements in the 1800s, which made it easier to shoot birds from a greater distance. With the marshy terrain, and increase in distance, many hunted fowl were lost. Setters and pointers were in training for retrieval of game, but were found ineffective. The result was a rising ambition to breed a dog that would be a dependable retriever of game on both dry and wet terrain, and at varying distances.

Like many elite gentlemen of his day, Tweedmouth bred several different kinds of animals, aiming to perfect different breeds. A passionate hunter of waterfowl, what Tweedmouth was striving to produce is shown in his records from 1835 to 1890. Tweedmouth wanted a talented retriever with an exceptional scenting ability, greater attentiveness to his hunting master than the setters and spaniels of their time, and a well balanced, devoted family dog.

For many years, there was a dispute about what breeds were used in the breeding program, but in 1952, the Marjoribanks’ breeding records from 1835 to 1890 were published, dissipating the legend that a set of Russian tracker sheepdogs were purchased from a traveling circus. Rather, it provides a detailed record of a careful line-breeding program.

In 1865, Tweedmouth bought a yellow retriever, ‘Nous’, from an unregistered litter of retriever pups. Interestingly, his littermates were all black with wavy coats. Nous was crossed with a Tweed Water Spaniel female dog, ‘Belle’. The Tweed Water Spaniel is now extinct, but at that time they were known for being eager retrievers in the hunting field, and yet tranquil and devoted with the family.

In 1868, this cross produced a litter of four pups which became the foundation of Tweedmouth’s breeding program. His extended program included the Irish Setter, the sandy-coloured Bloodhound, St. John’s water dog of Newfoundland, and two more wavy-coated black retrievers. Tweedmouth kept mostly the yellow puppies to continue his breeding program, and gave others away to friends and relatives.

The bloodline was inbred and selected for qualities that reflected Tweedmoth’s vision for the ultimate hunting dog. His vision included a more vigorous and powerful dog than previous retrievers, and yet one that would still be gentle and trainable.

Tweedmouth’s breed received attention for their skills in the hunting field. One of the most well-known was Don of Gerwyn, a liver-coated descendent of one of Tweedmouth’s dogs, who won the International Gundog League Trial in 1904. The Kennel Club in England officially recognized the Golden Retriever as a distinct breed in 1911. At that time, they were classified as “Retriever — Yellow or Golden.” In 1920, the breed name was officially changed to Golden Retriever. It took another 14 years (1925) for the breed to be recognized by the American Kennel Club.

Since Golden Retrievers have a double coat, they will need regular brushing, especially when they blow coat in spring and fall.

Their coat consists of two layers, a dense undercoat (woolly in texture) and a top coat of long hair called guard hairs. The undercoat protects the dog from both heat and cold, and the top coat repels moisture and dirt. They should not be shaved as their double coat acts as an insulation, protecting their skin from the sun.

To remove loose and dead hairs, use an undercoat grooming rake. Giving your Golden Retriever a bath during heavier shedding seasons will help wash out a lot of the loose hair. When bathing your dog, it is important to use a good quality dog shampoo.

Keep an eye on his ears. Fold over ears are more prone to infections, so keep them clean and dry. Eco Ears is a good natural product that helps keep the ears dry and clean.

You may also find that your Golden Retriever will need to have its nails trimmed on a regular basis. If you are concerned with trimming too close to the quick of the nails, you can take your dog to a groomer and have them trimmed for you.

Please make sure you have thought this through very carefully. We want families that are committed, and understand that the puppy still needs you after the isolation period with the Covid-19 crisis is over. Purchasing or reserving a puppy is not a spur of the moment decision, it needs to be a serious commitment for the lifetime of the puppy.
Due to the Covid-19 crisis, we are not open to having people come here to meet the dogs or meet the pups when they arrive. We will be updating families that place a deposit, and giving them the opportunity to watch these puppies grow and develop from the safety of their homes.
Visitation opportunities will be updated as we receive direction from the Health Officials and our government.
Deposits are NON REFUNDABLE, unless we are not able to provide you with a puppy. (Example- if there are not enough females to meet the reservations.)

Our next English Golden Retriever (Rainger & Bonnie) litter with available male reservations should arrive around June of 2021.

Female puppy reservations are available in the litter due Jan 2022.

Meet our summer 2020 pups that have gone home to their new families.

A special thank you to all of our wonderful families for loving our pups, providing great homes for them, and sending exciting updates for us to enjoy! 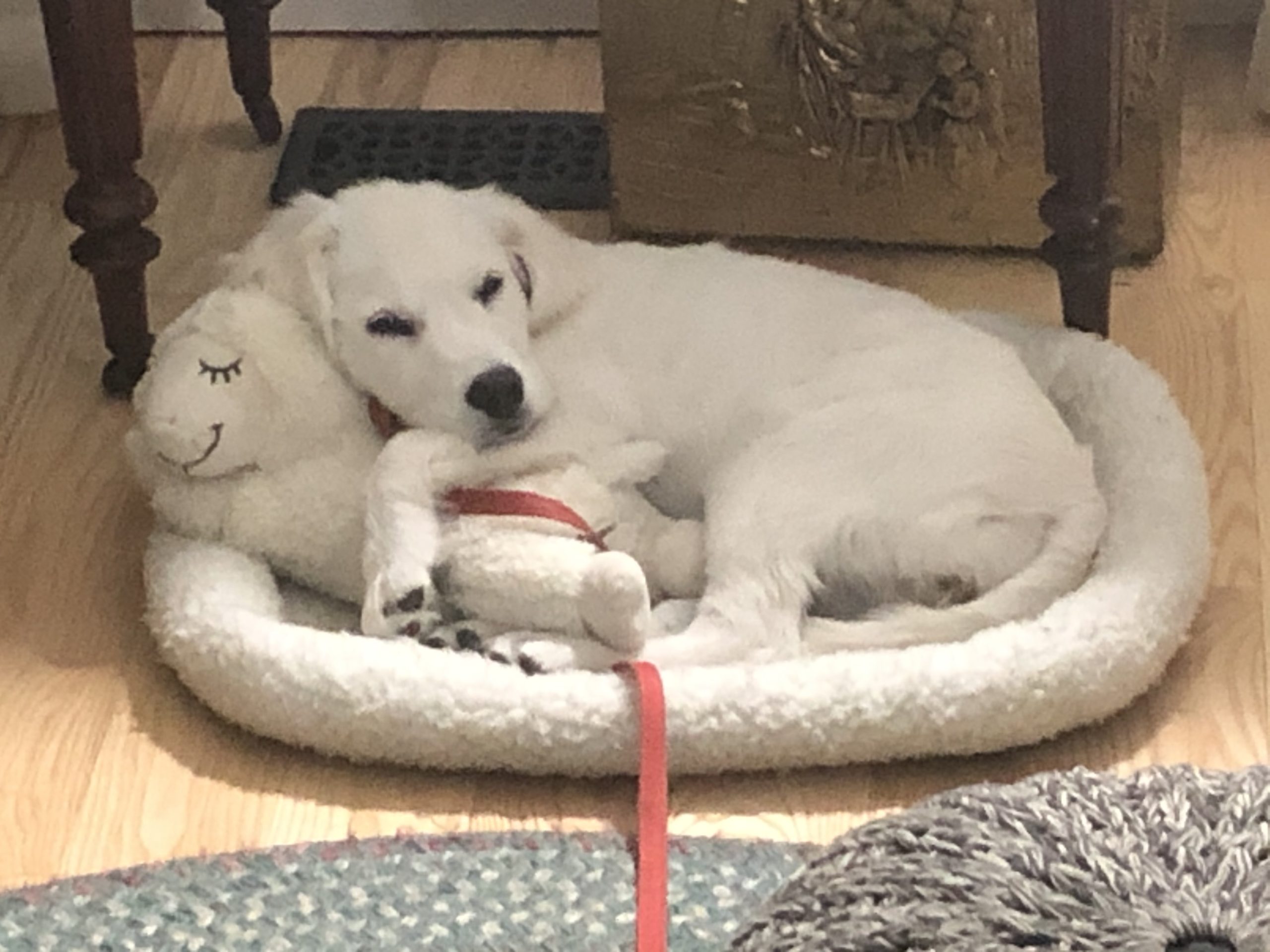 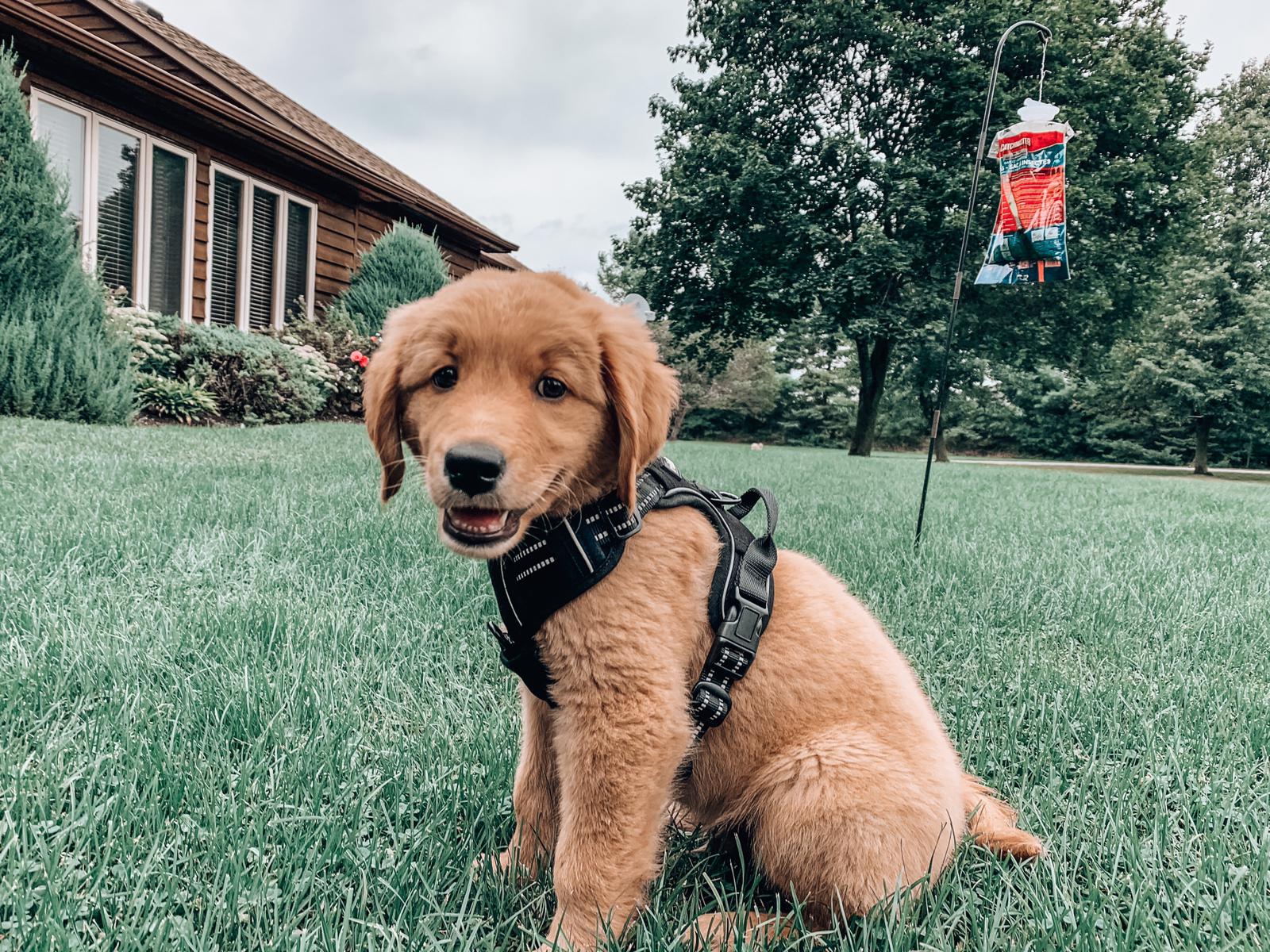 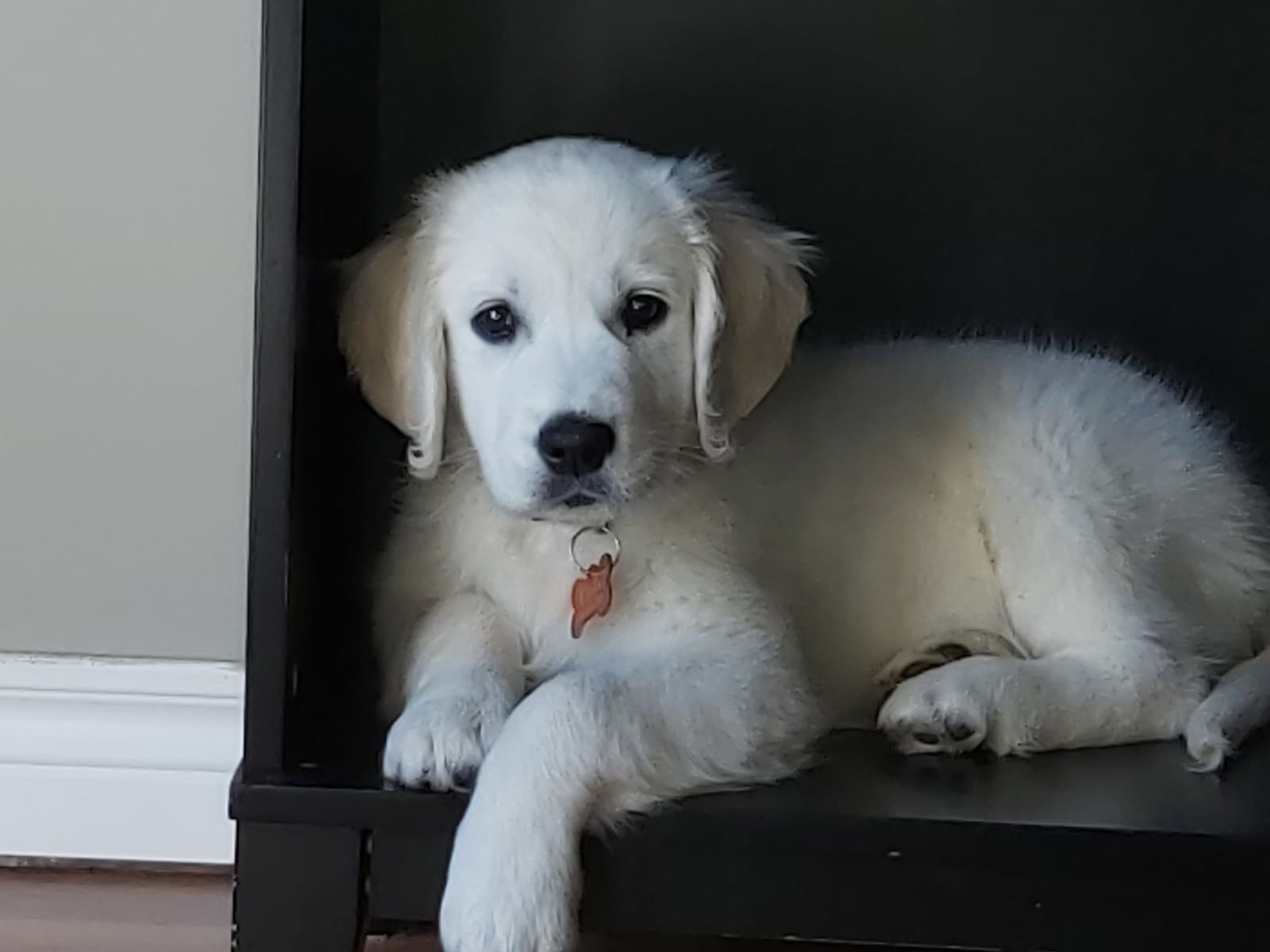 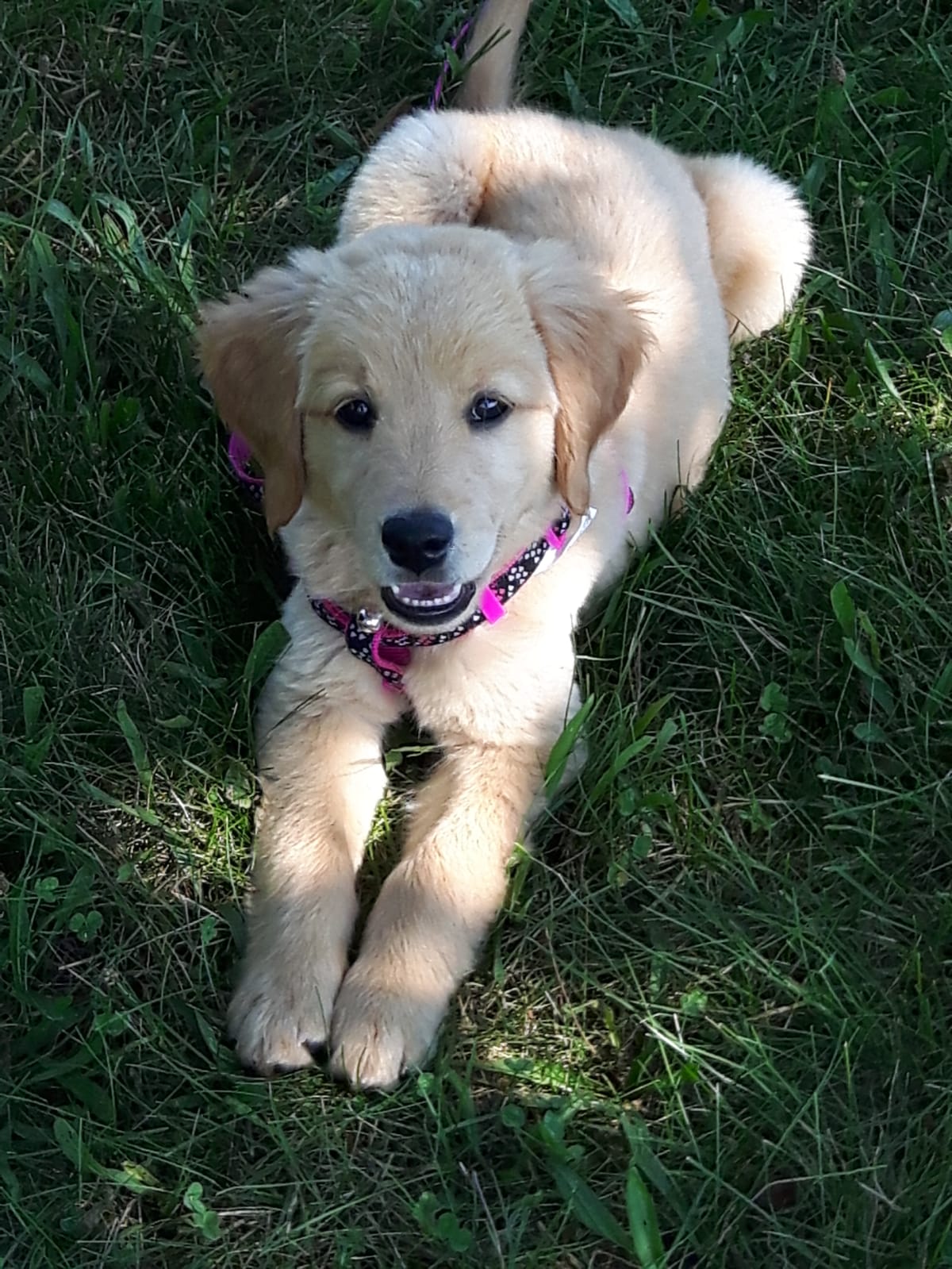 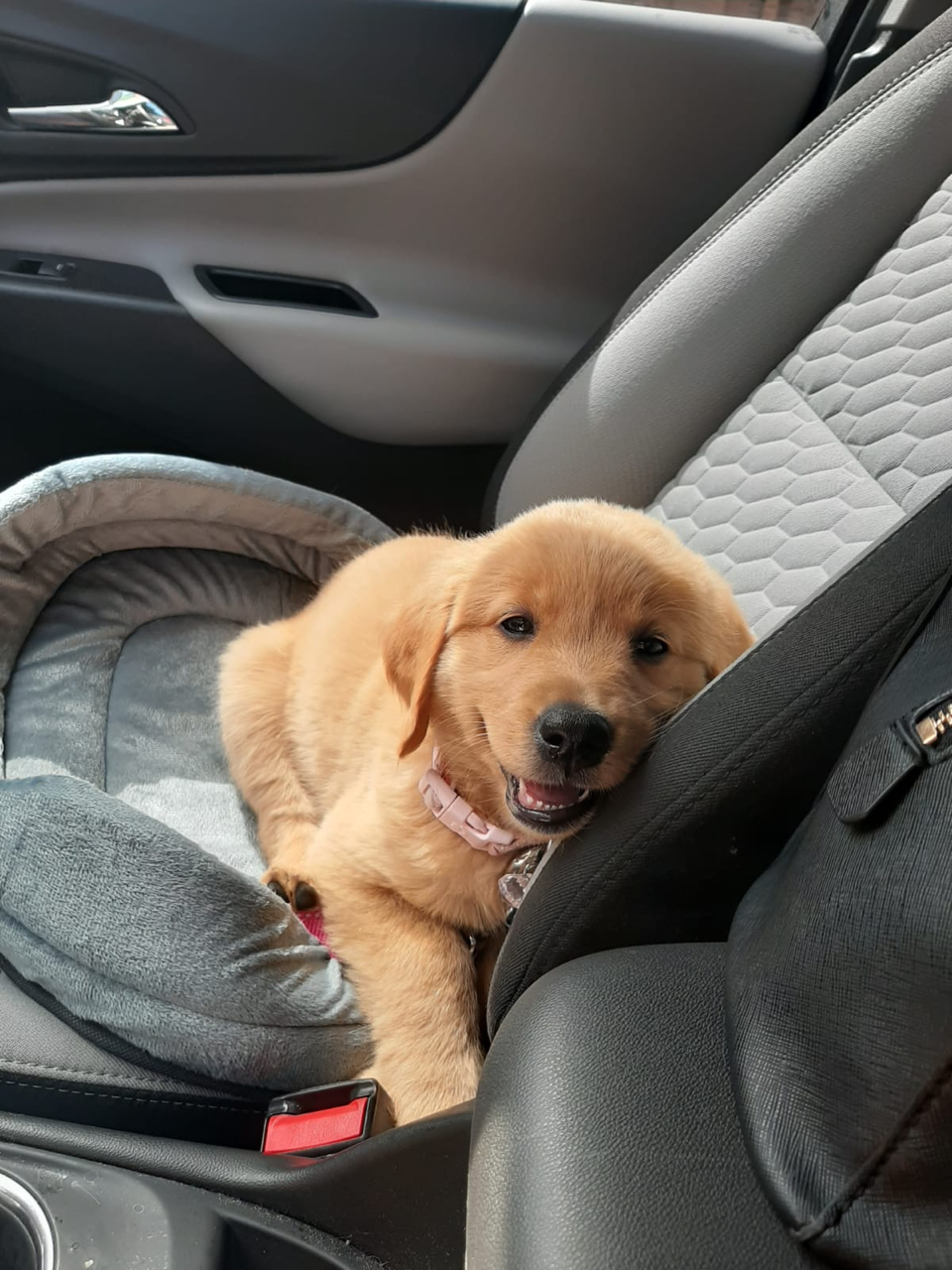 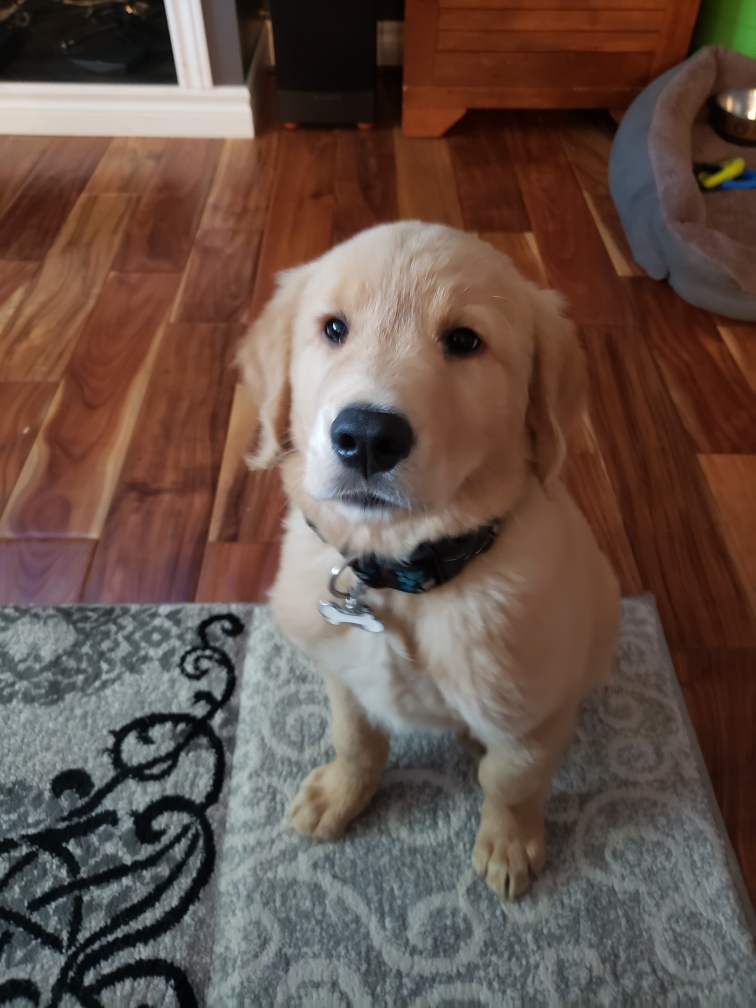 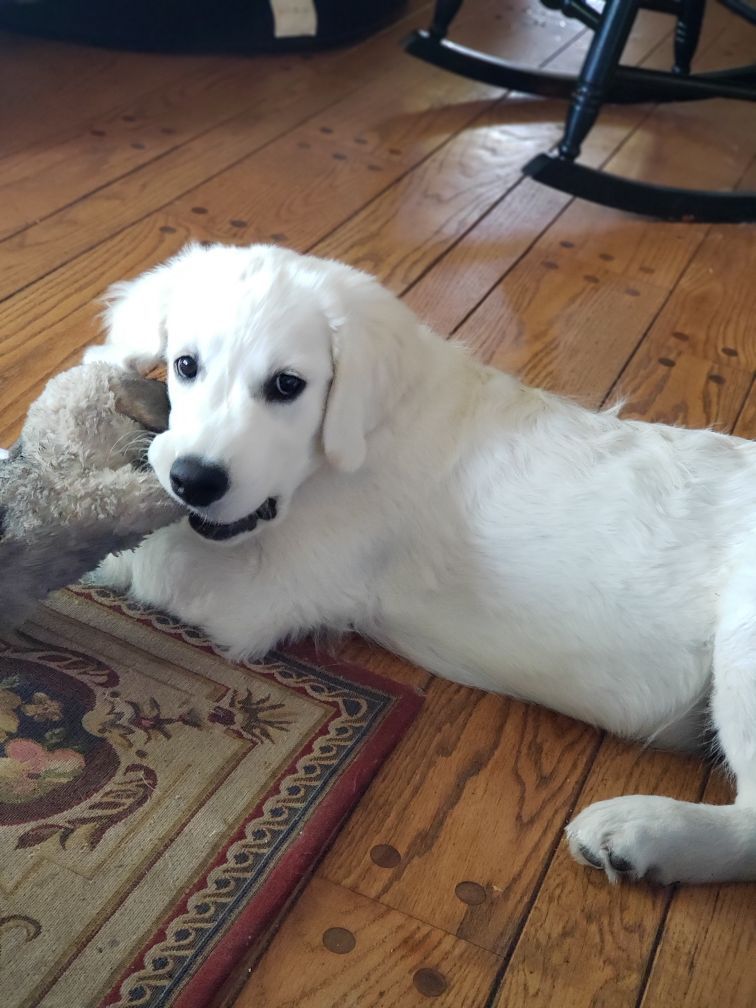 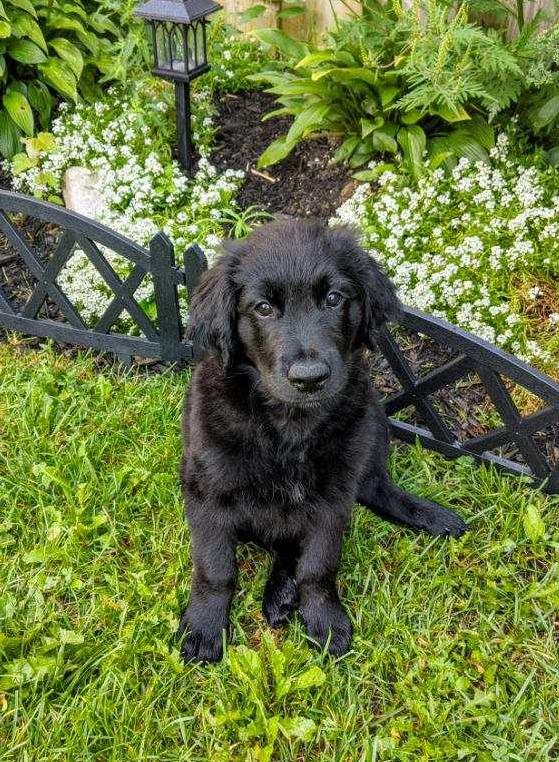 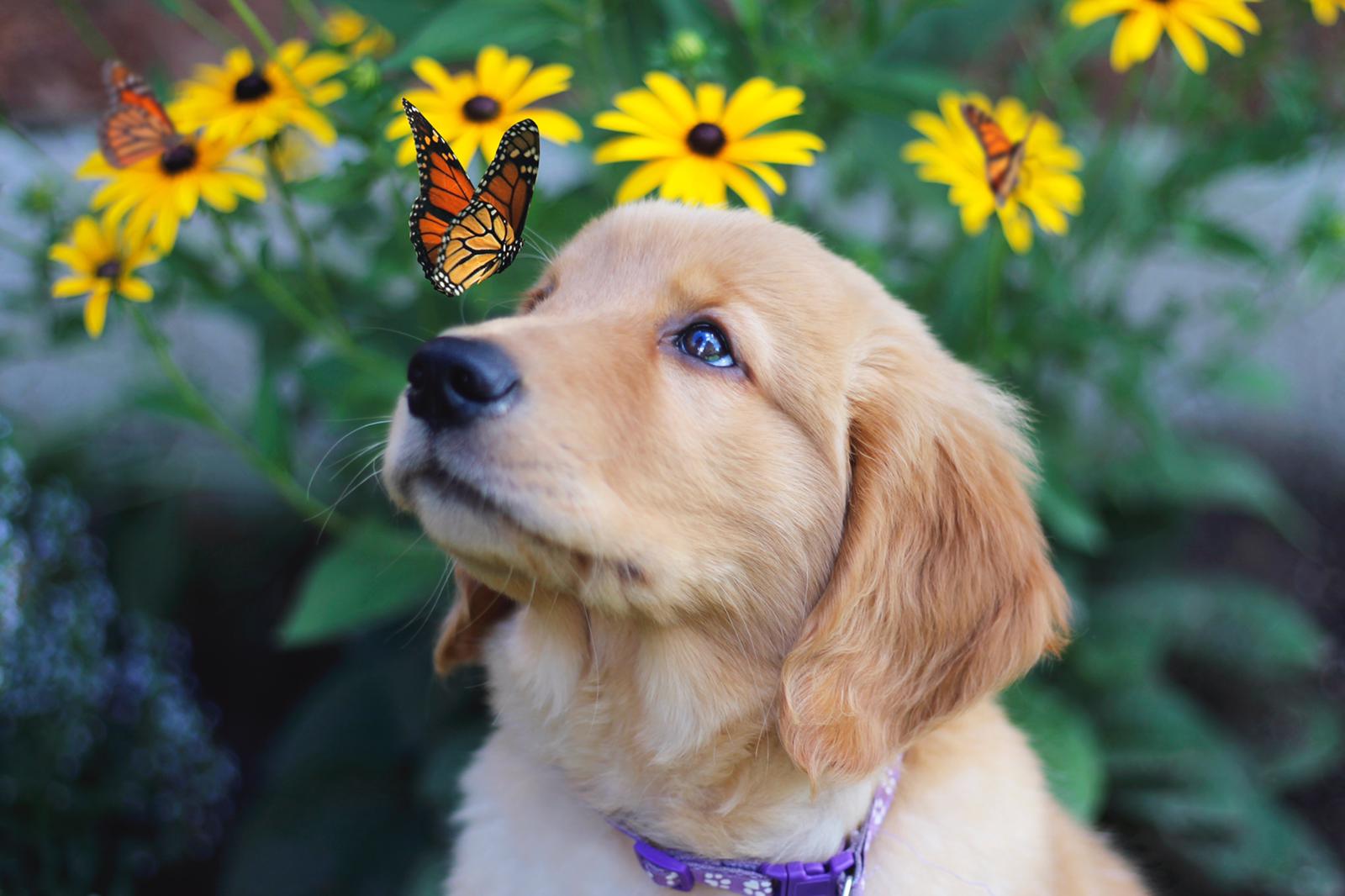 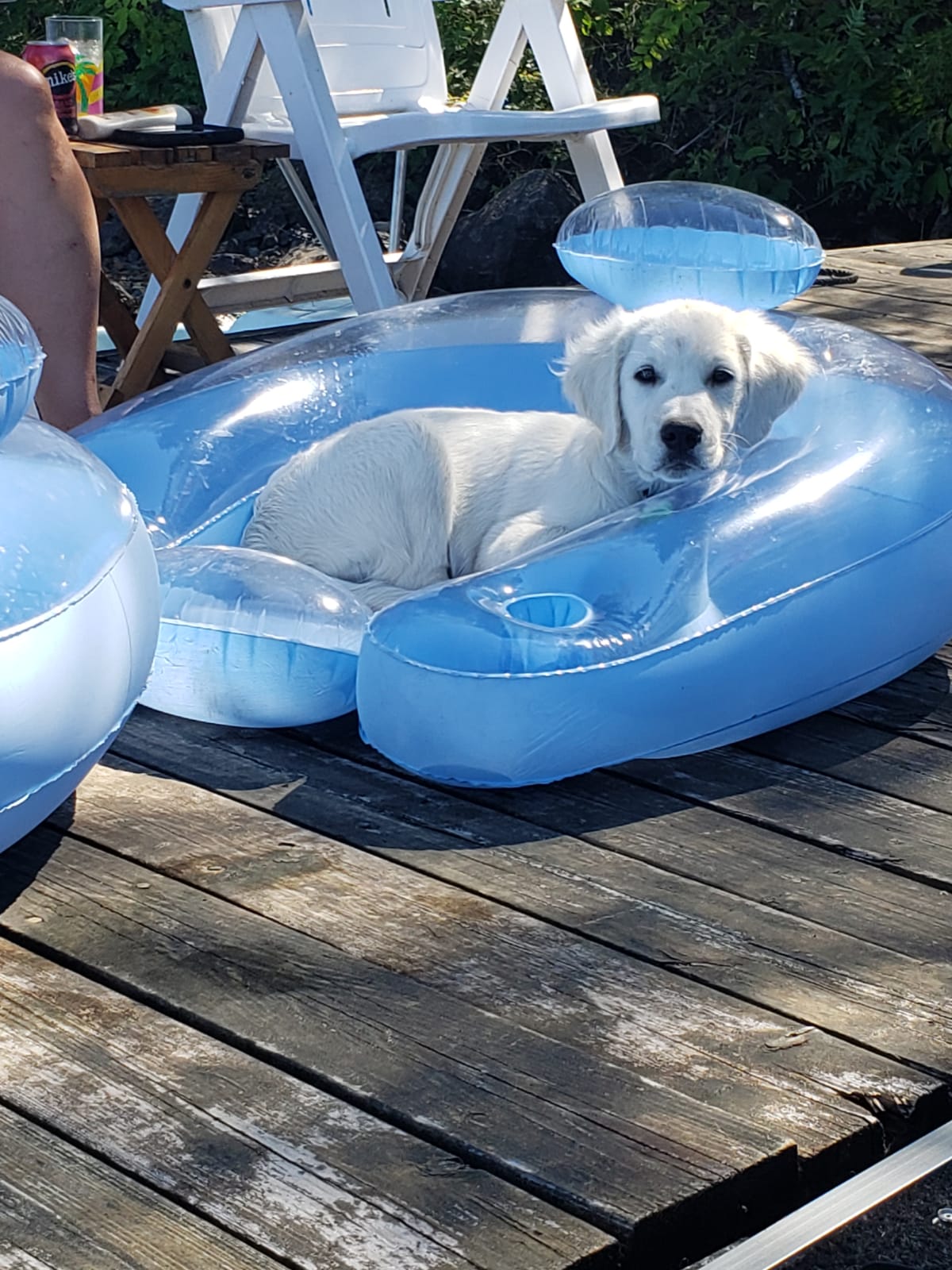 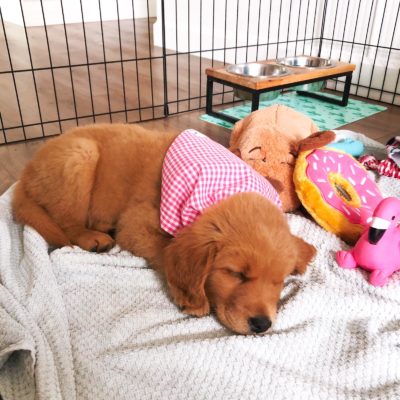 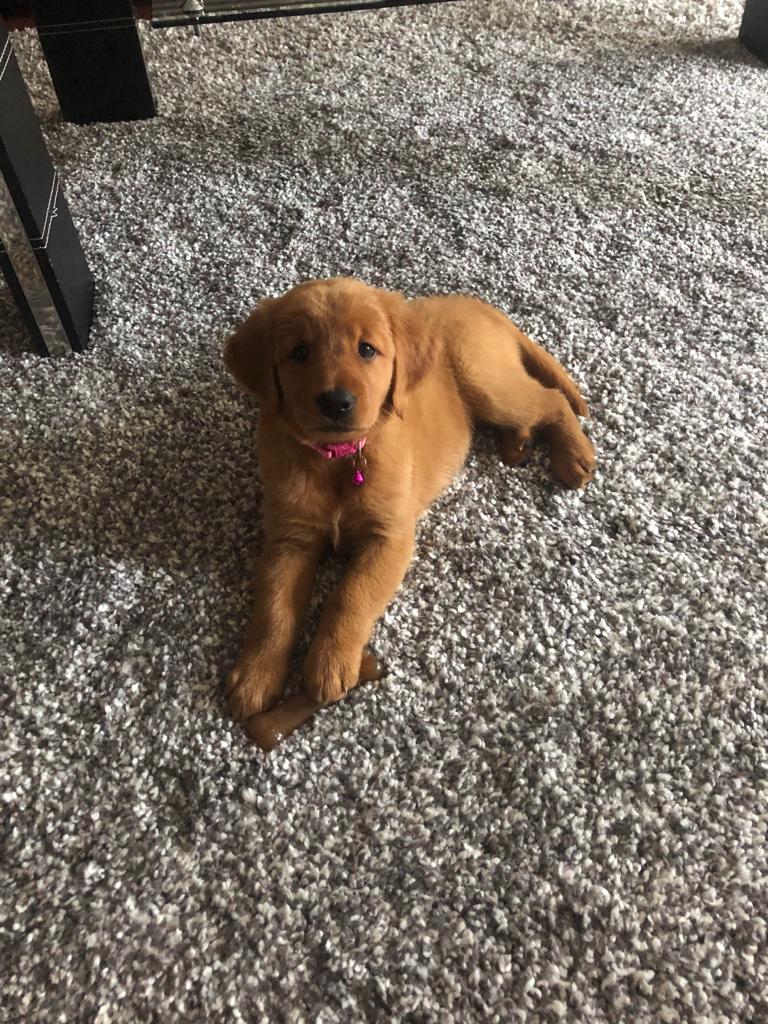 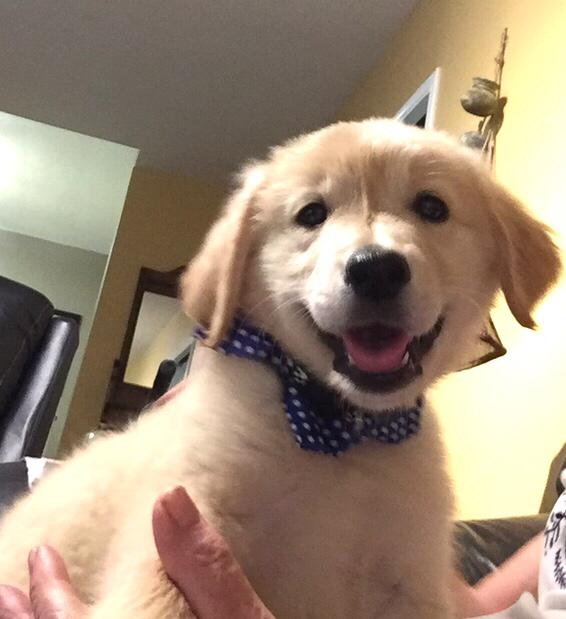 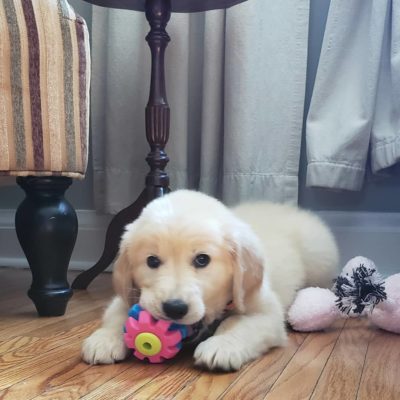 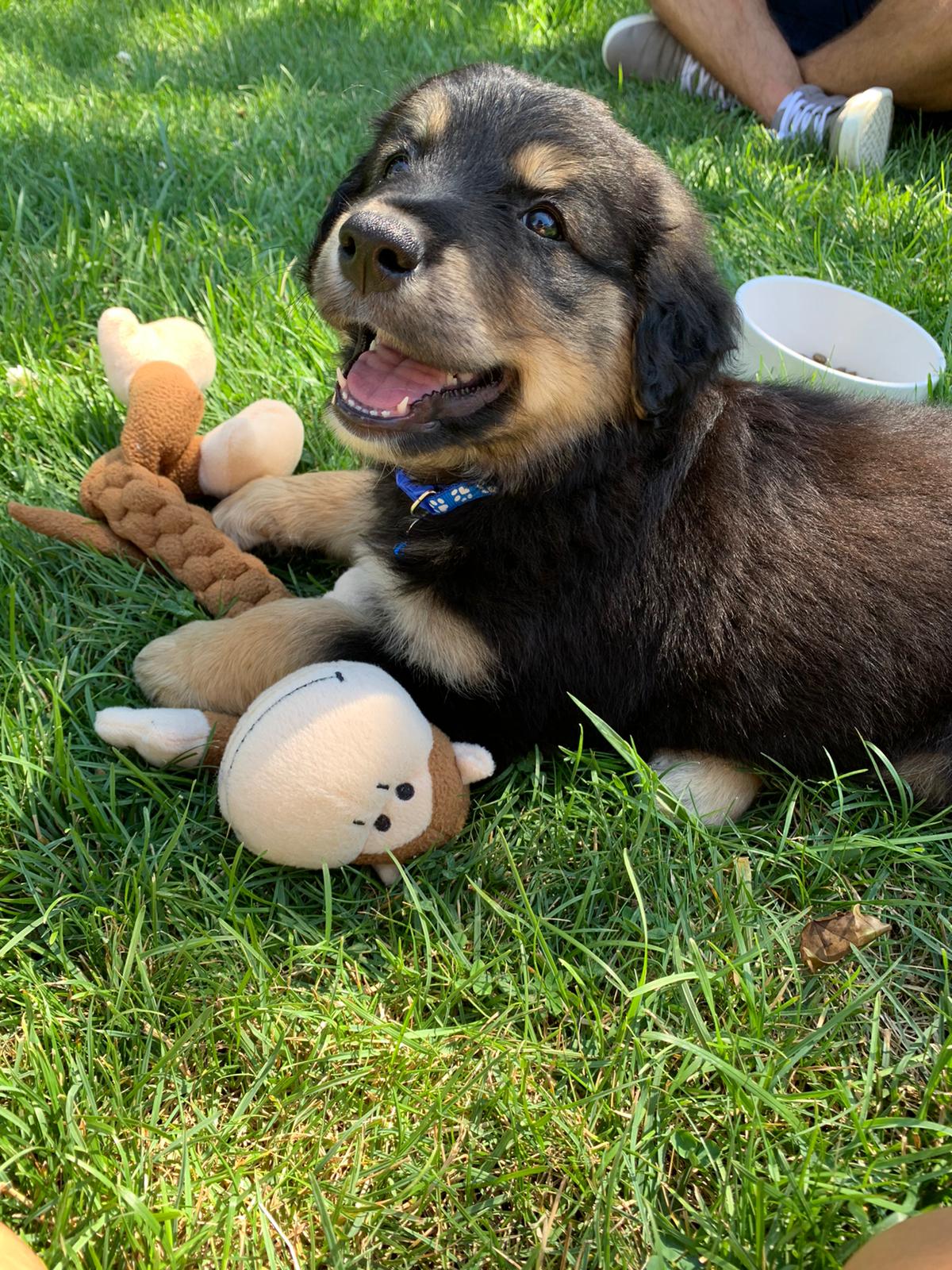 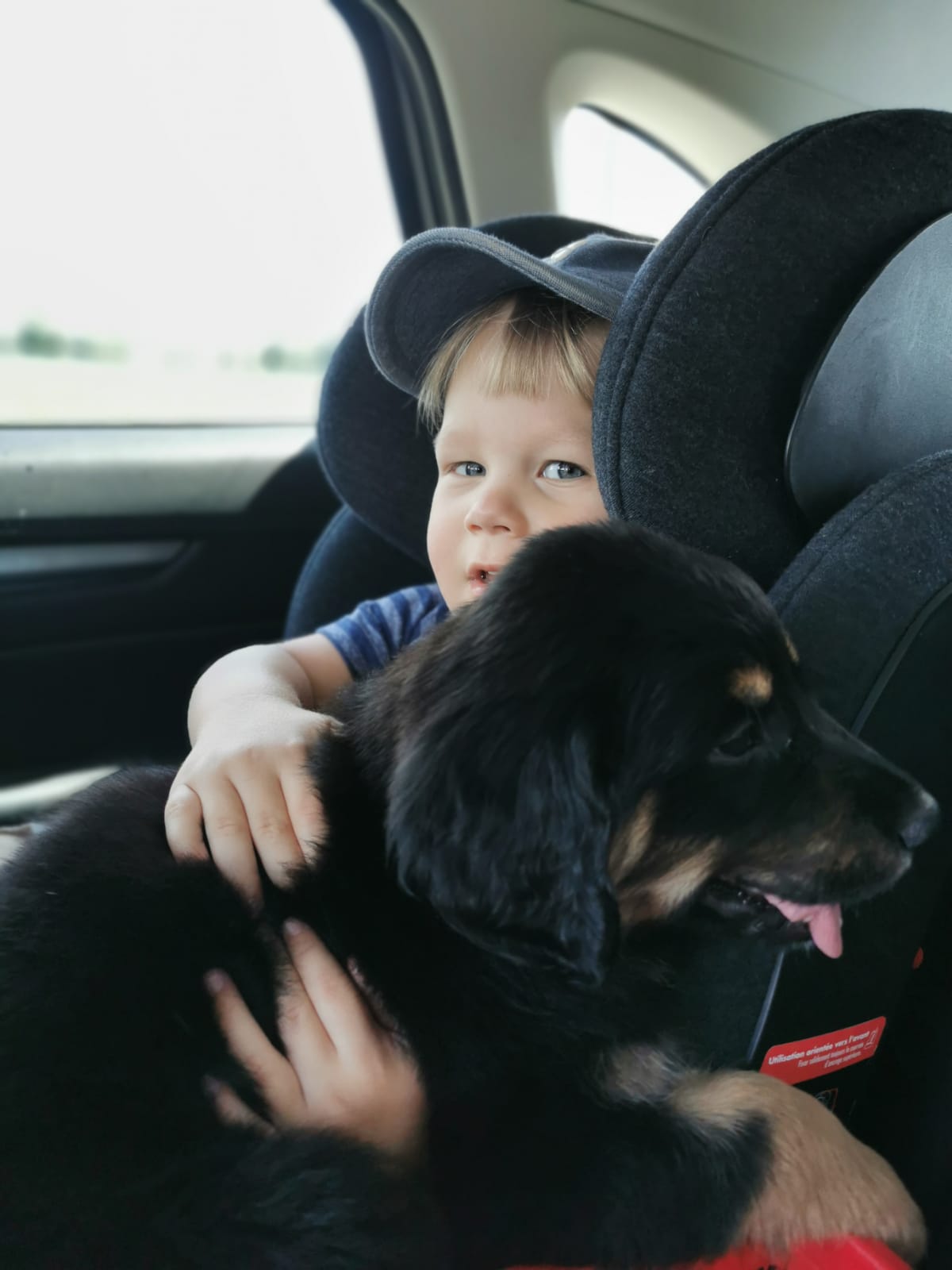 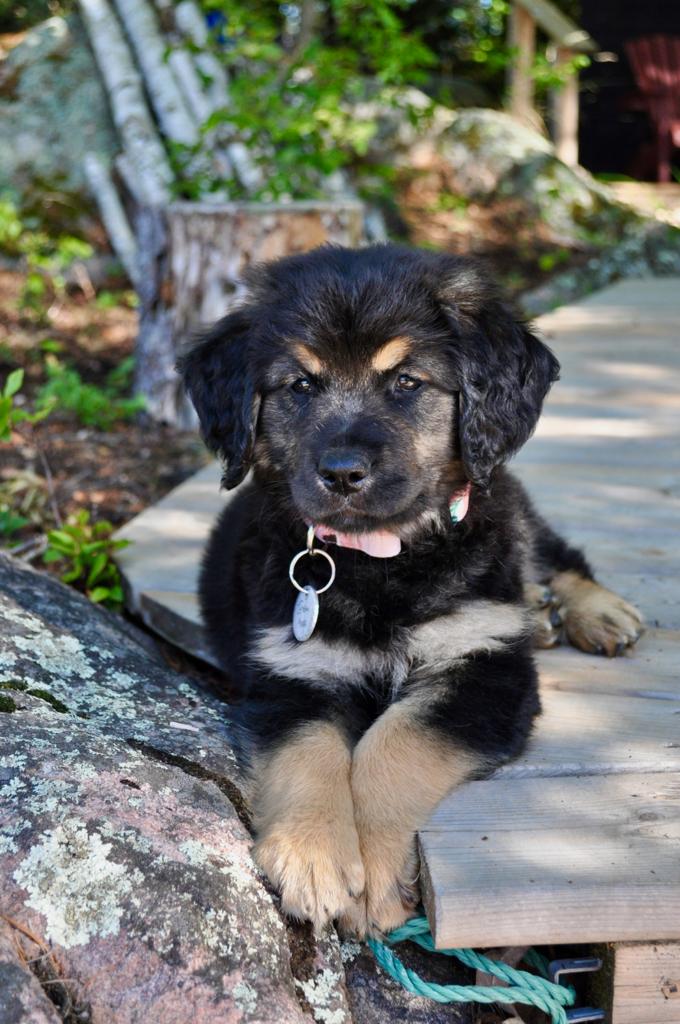 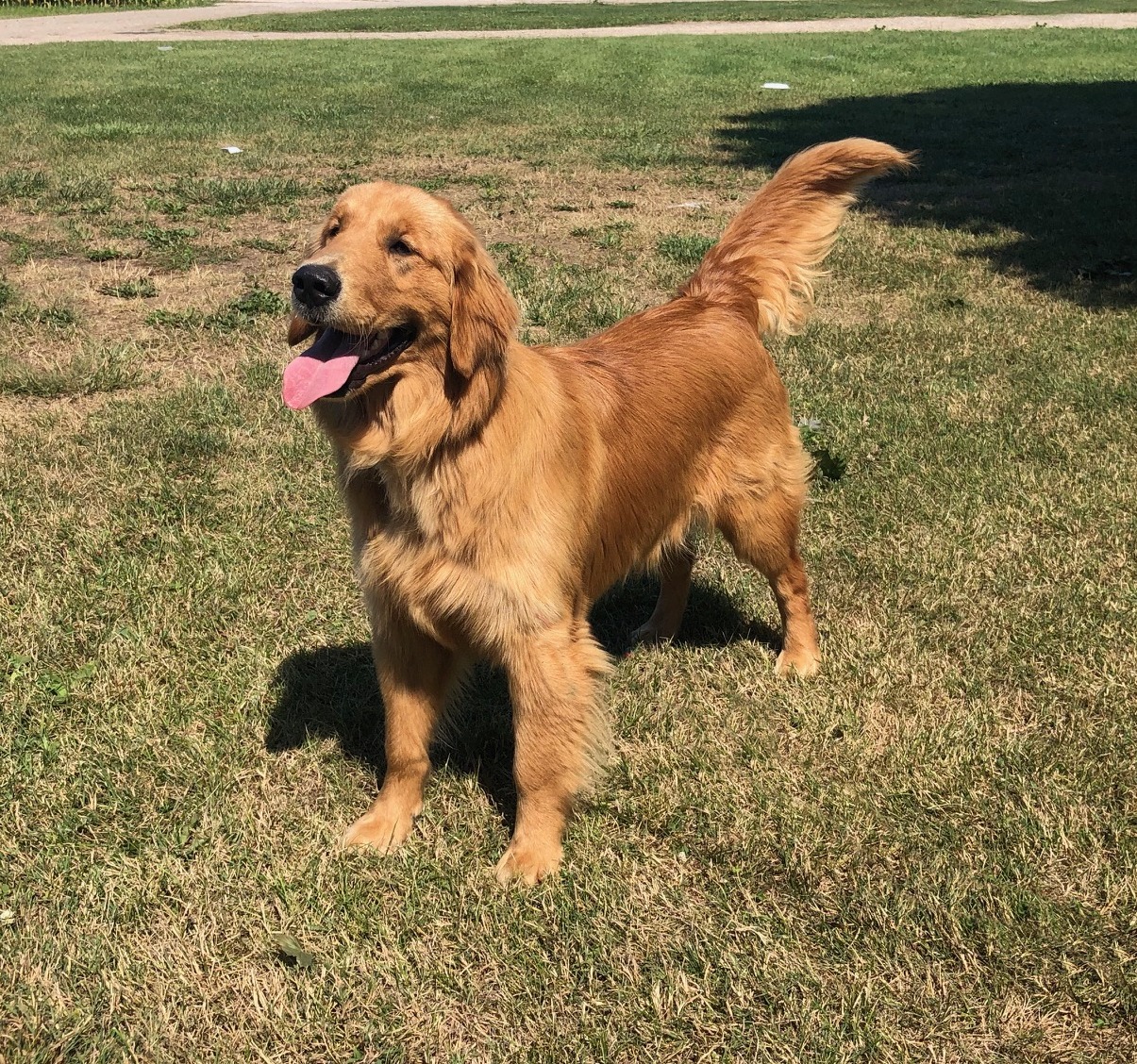 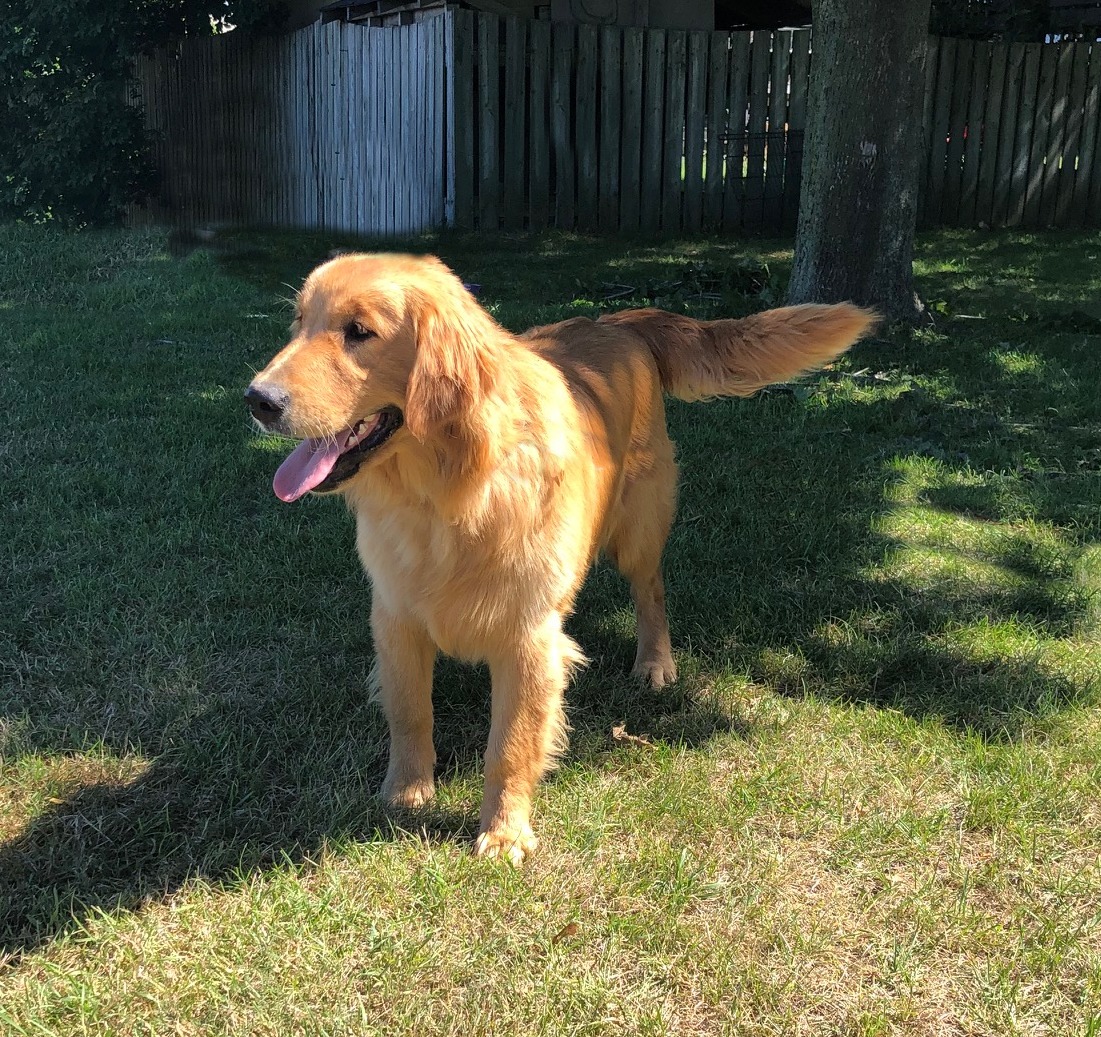 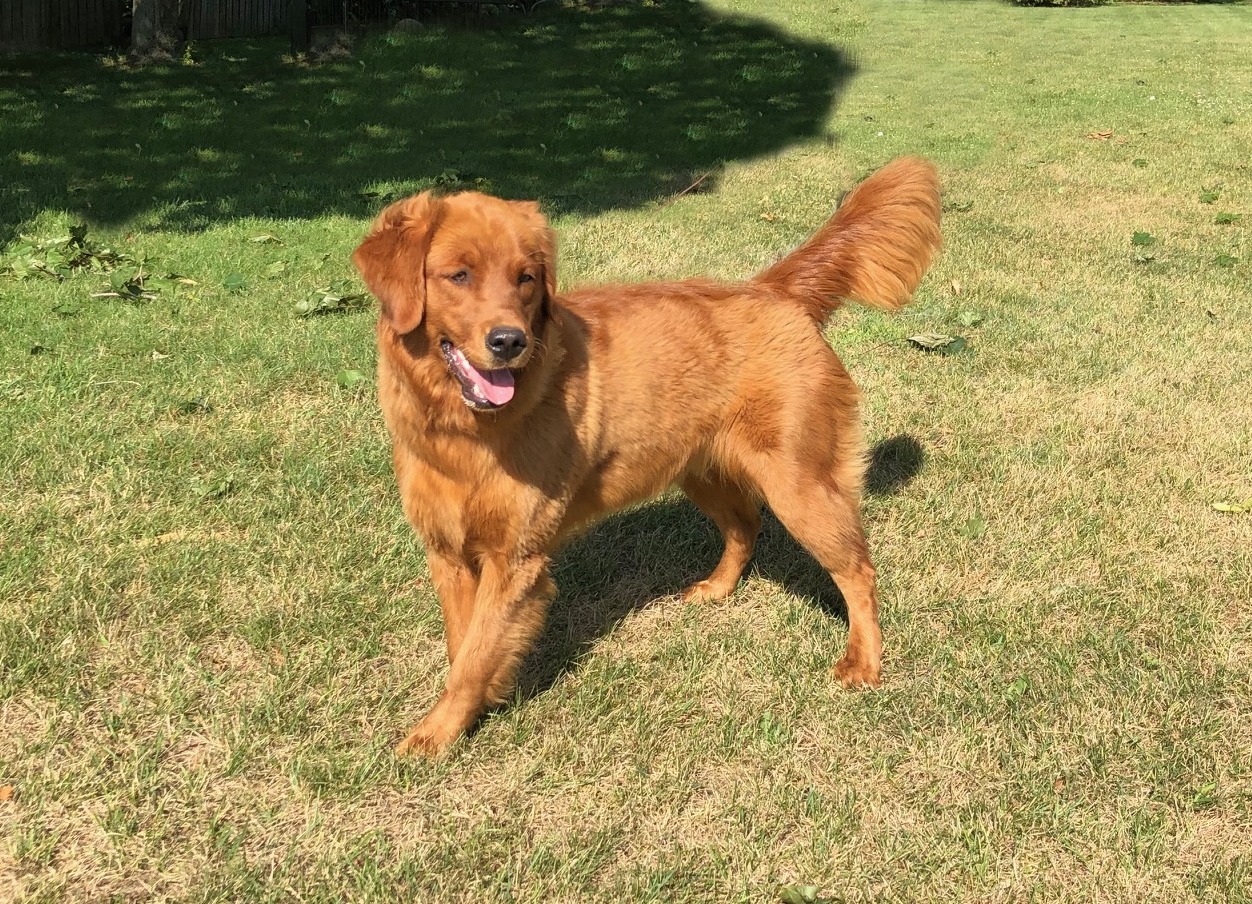 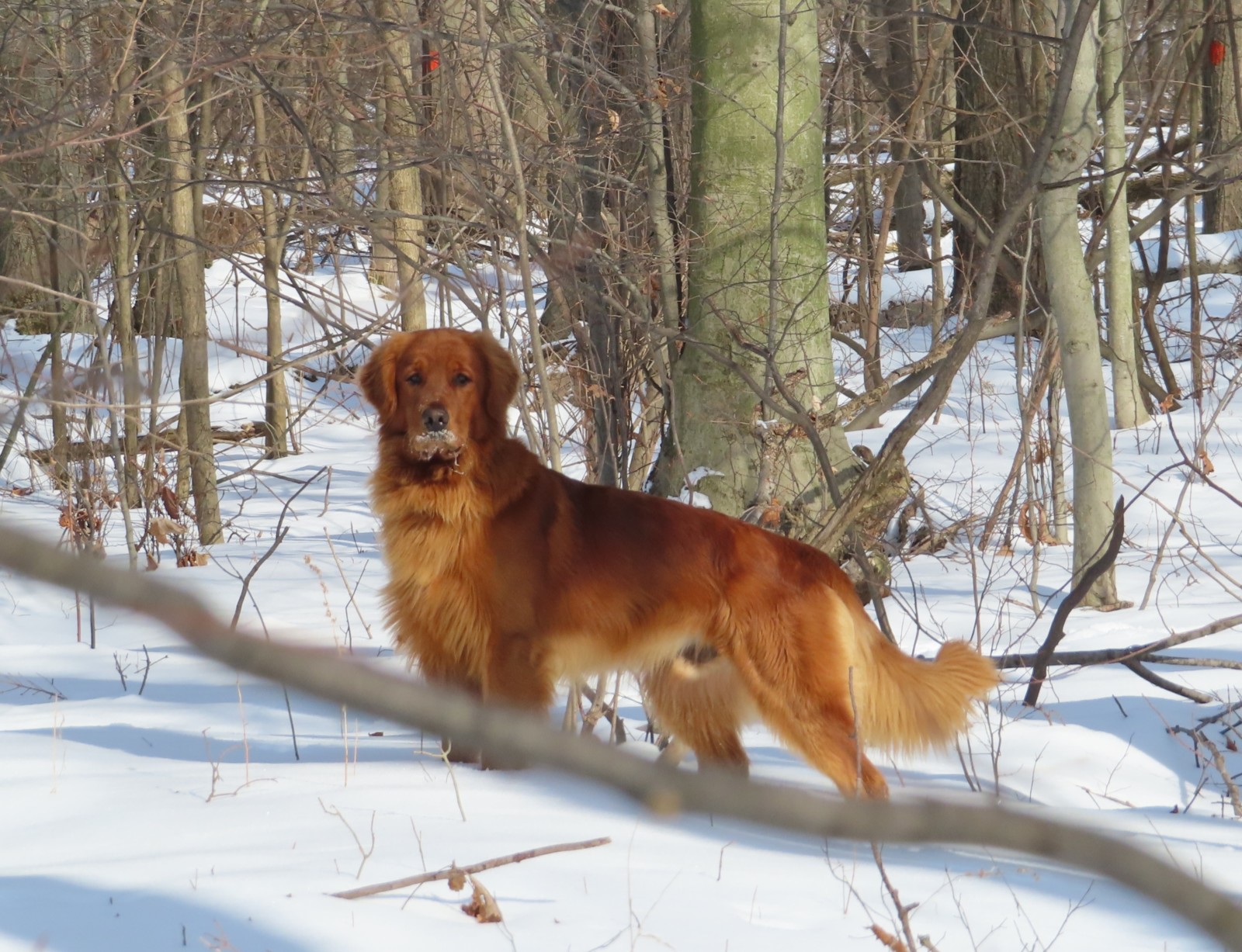 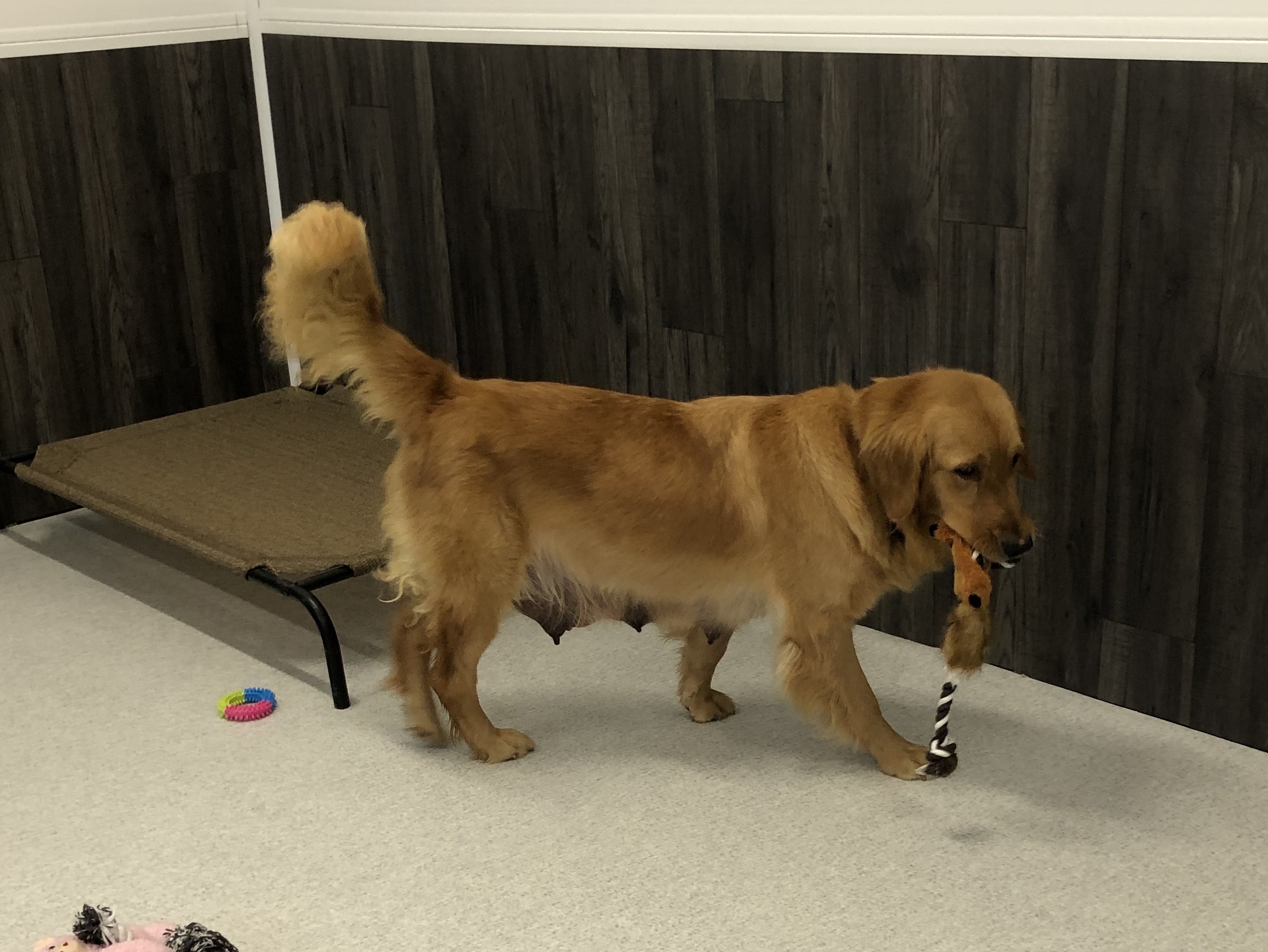 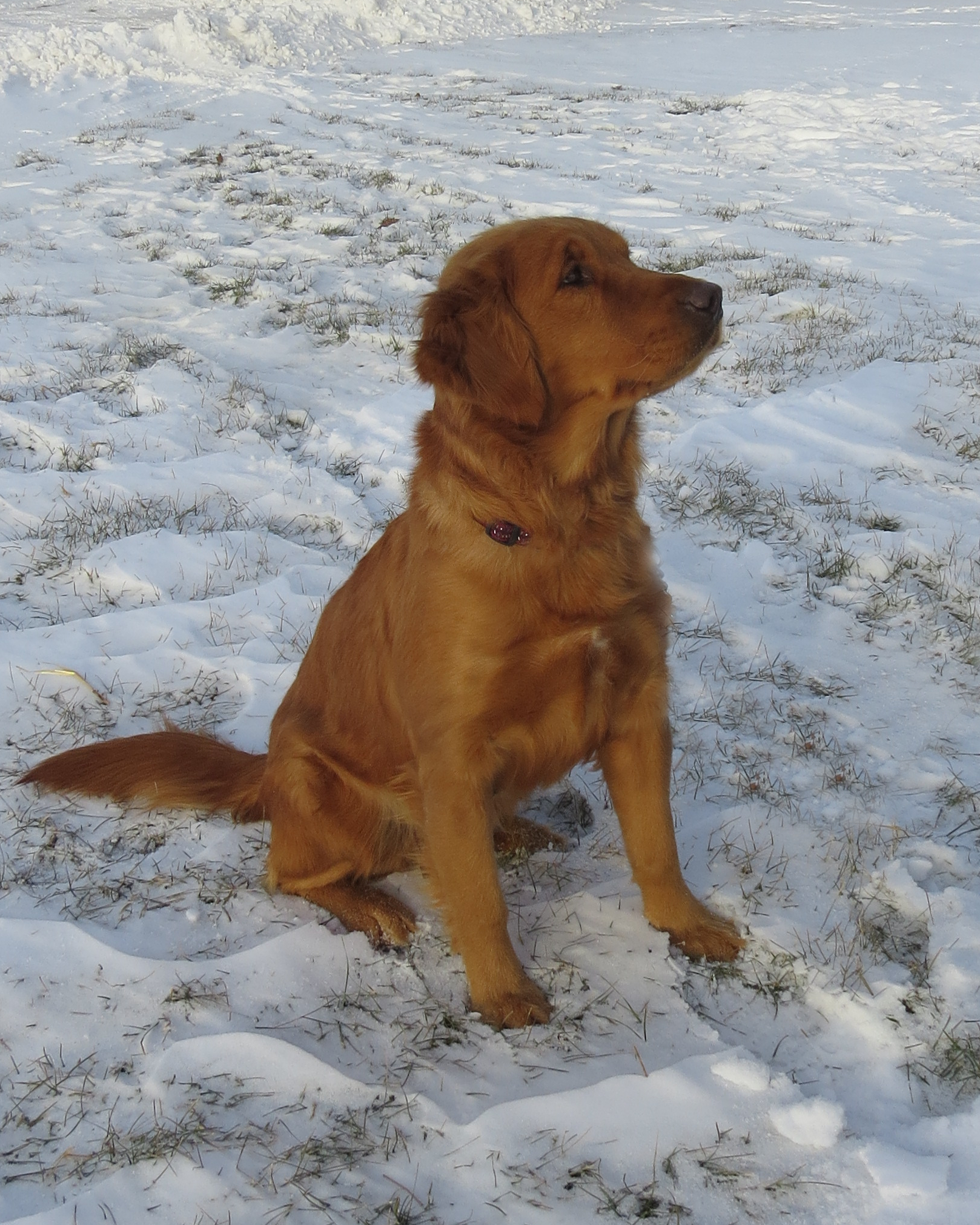 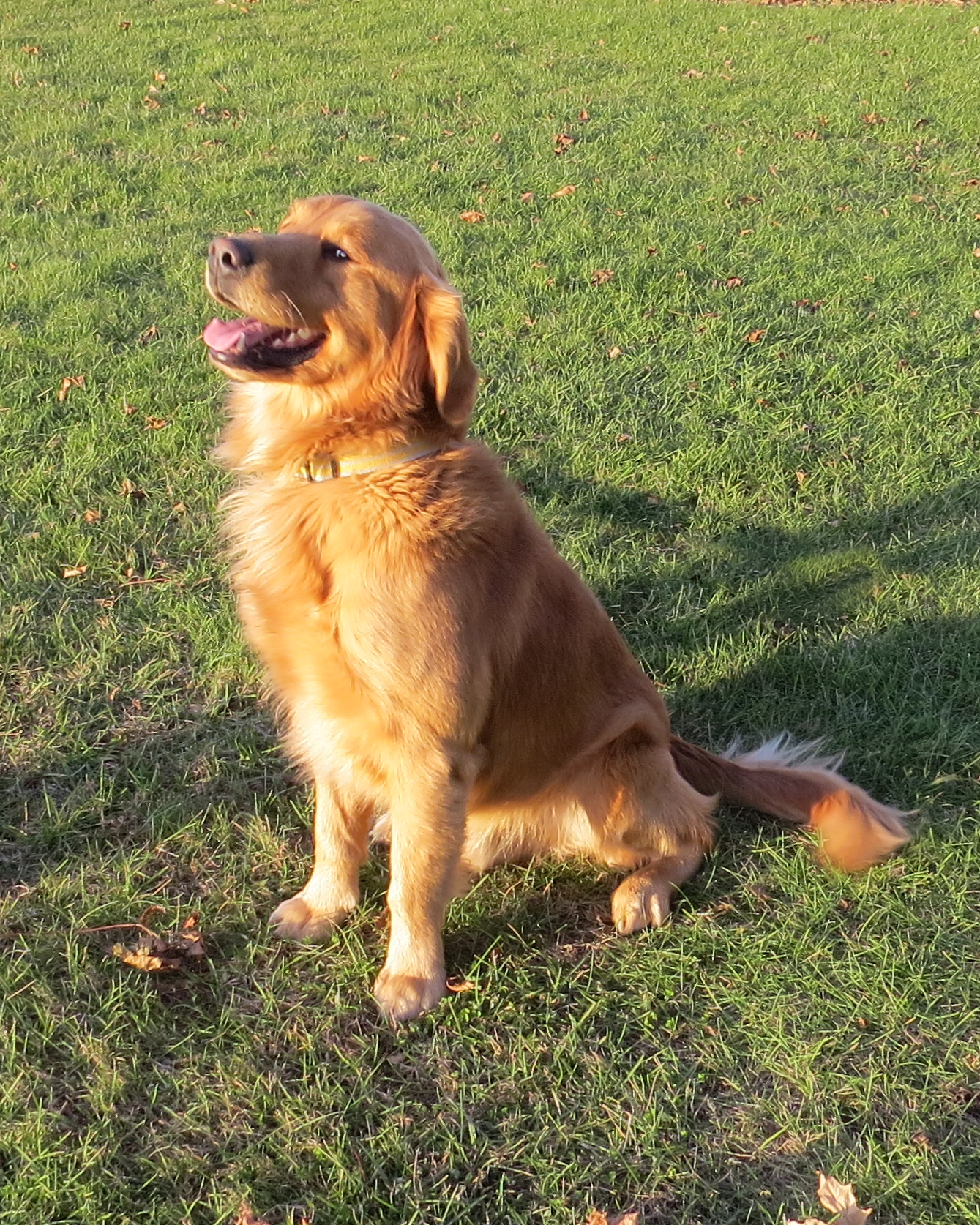 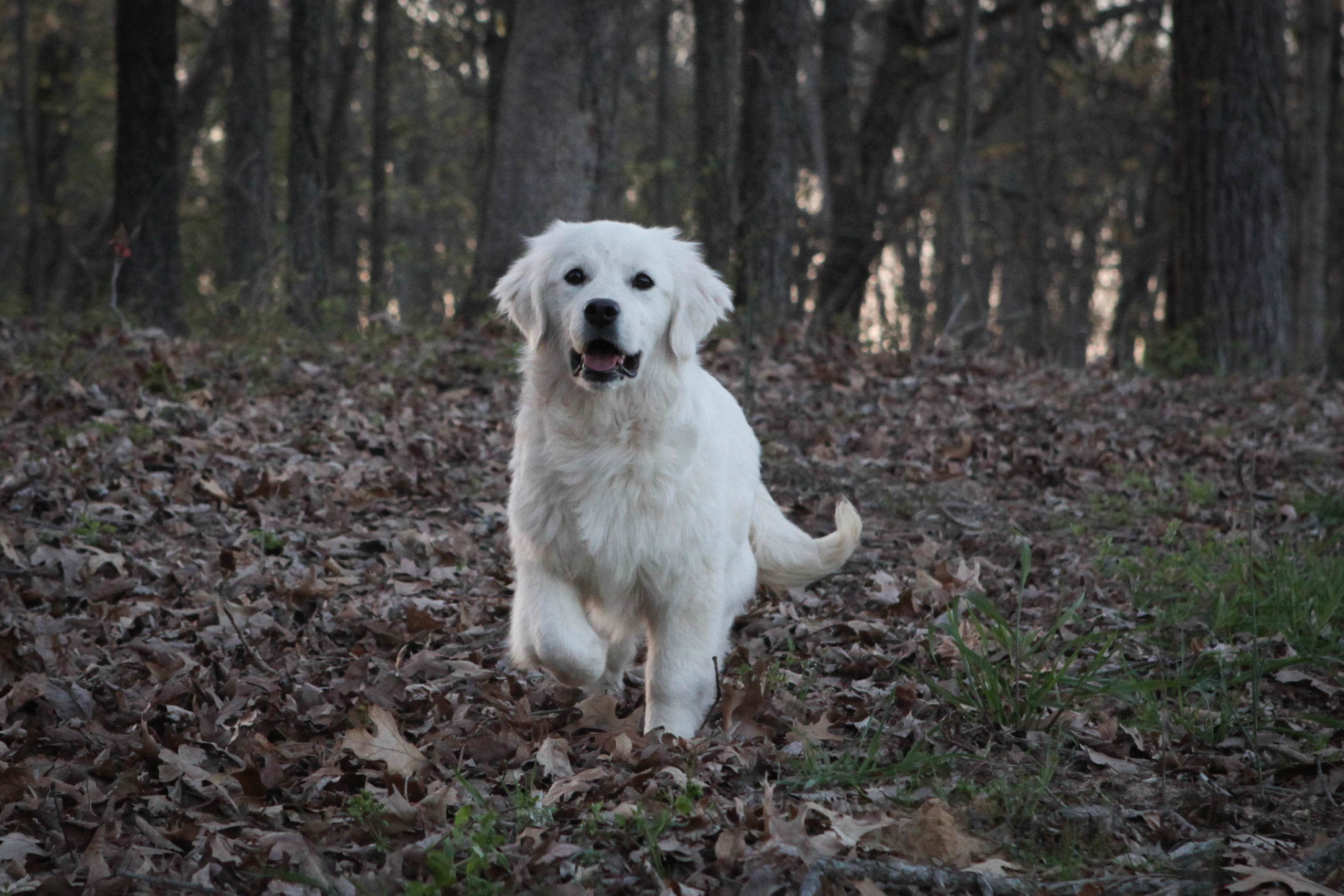 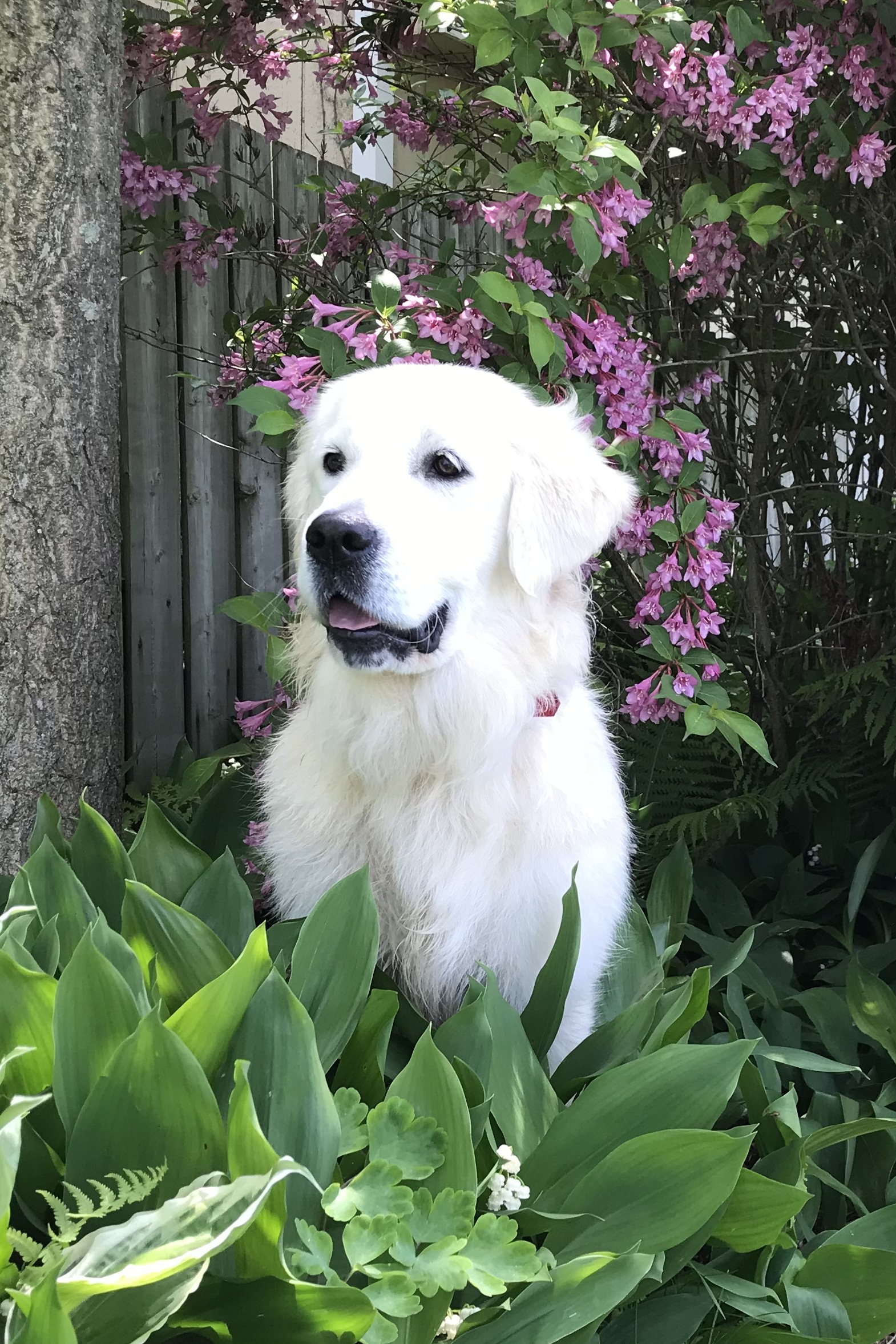 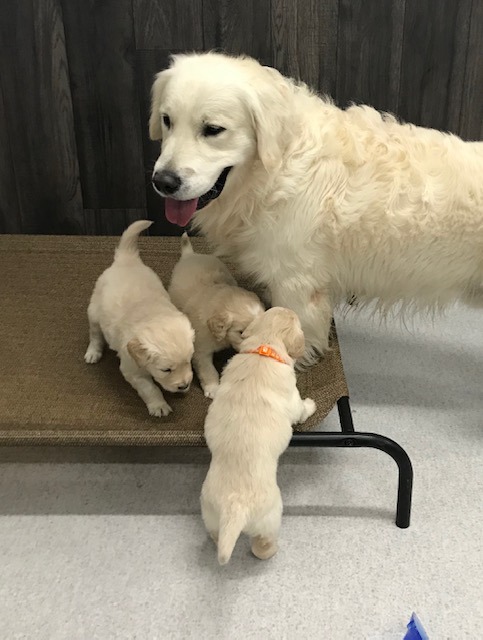 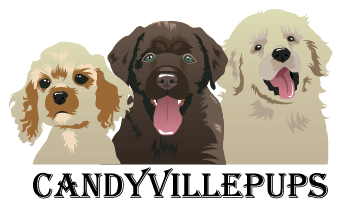